Indications: Enhances universal connections to the forces of light that expand your mental perspective to embrace a more open and intuitive way of being... releases mental inflexibility and the ego's need to 'know' or 'figure out' your life from a mental perspective only, opens your mind to miracles. a perfect first flower essence to open you to the power of flowers. 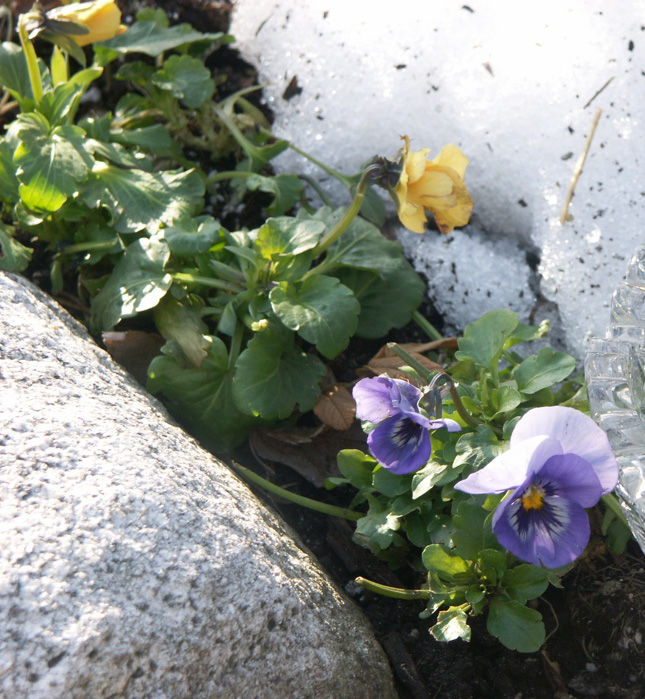 Blossoming brightly on January 6th, these Pansies are indeed a gift of the Magi. Snow began Thanksgiving weekend and lasted till Christmas, and now during a brief January thaw flowers are showing in many parts of the garden…..
and here Pansies on Three Kings Day. In some traditions this day is celebrated as the 12th day of Christmas ~ the day of gifts honoring the Gold, Frankincense and Myrrh brought by the Shaman from the East to honor the Christ child. 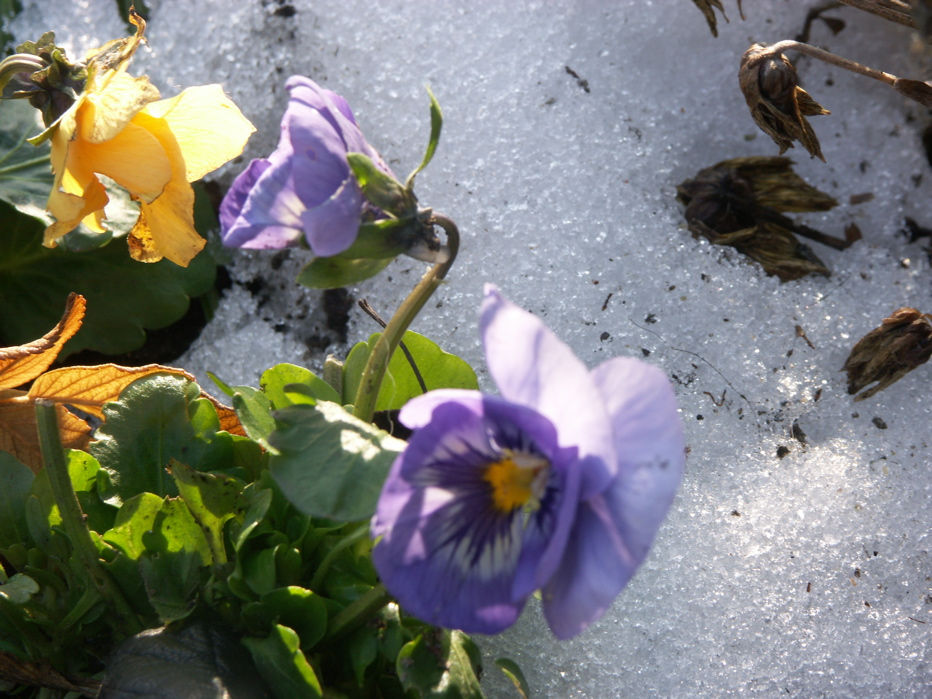 With flowers blossoming in Michigan’s coldest month, there is certainly Magic afoot here. Pansy’s Spring and Summer flowers will often stretch their season into the cool Autumn days but never have I seen them into Winter’s snows…..
and certainly not to be seen in January.

This essence holds the Magic of that which could not be but is. The Pansies bloom in Winter to anchor the Great Mystery and Magic into the heart and soul of the skeptical, analytical personality. This essence first helps to reduce tension around your need to know and allows for a softer, more open purview.

Miracles can be defined as occurrences that are beyond our perception of what is possible. To a human being three hundred years ago an airplane ride or a telephone call would be inconceivable….. but today they are status quo. Winter Pansy opens your heart and mind to embrace, accept and look for the miraculous and the joyful possibility in your life….. much as the Magi followed a star to find the Christ child. 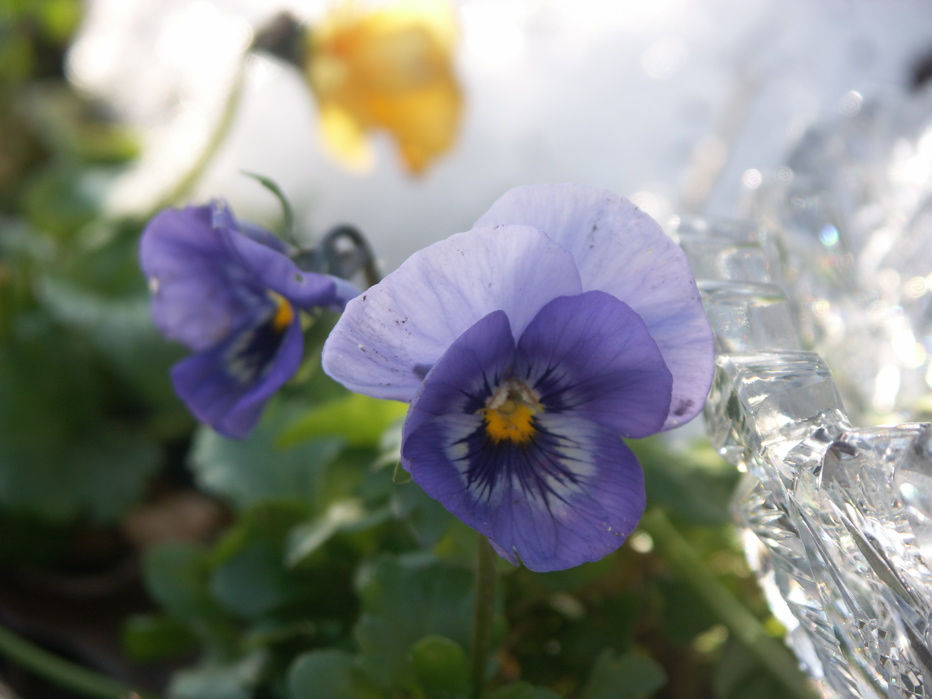 Their knowledge of Astronomy, Astrology and Alchemy helped them to both find the child and to offer appropriate gifts of Gold, Frankincense and Myrrh to enhance the Strength, Harmony, and Spiritual Development of the child,
allowing for protection as well as a strengthening of his connection to the stars.

Winter Pansy is offered to you on this Three Kings Day like the gift of the Magi to enhance your own Universal connections, blooming in the season when Dark dominates and Inner Light seeks to connect with the sparkling Stars of Winter’s expansive Night heavens. States of mental inflexibility with a high need for rationalization can be met with the essence of Winter Pansy. The essence helps the mind connect to the wisdom of the heart and releases the ego’s need to “know” and to “figure out.” As you begins to trust the voice of your heart, intuitive abilities increase and you begins to open to not only what you already “know” to be true but the wondrous possibility of what could be. 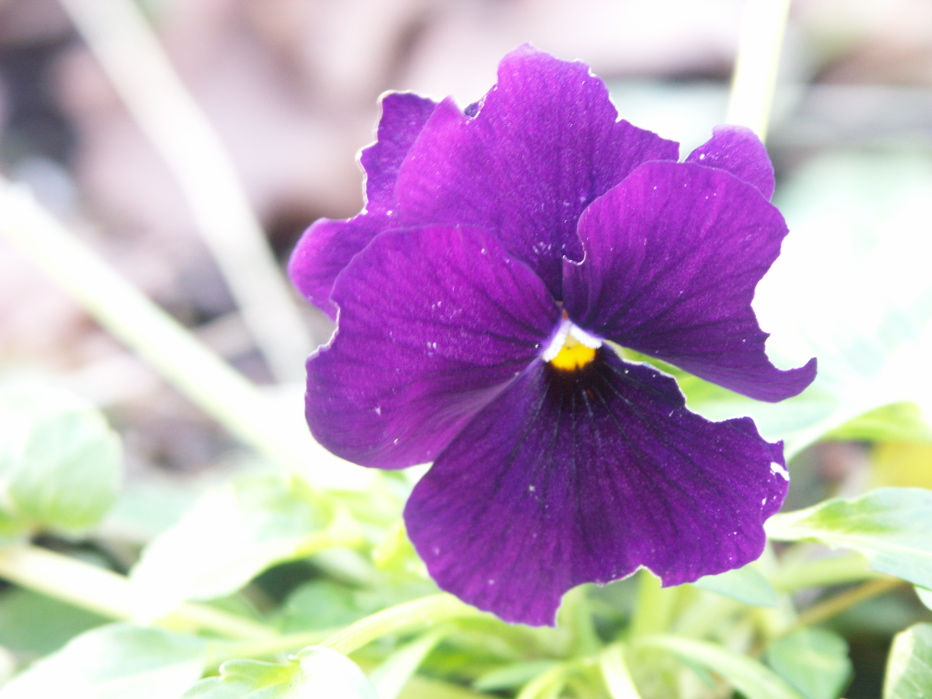 These pansies continued to put out buds and blossoms under December snows with temperatures in the 15o range into January. Exposed after a snow melt, they faced weeks of cloudy Michigan Winter weather with fluctuations between 20o-50o. Undaunted, they continued to put out new blossoms as though Summer.