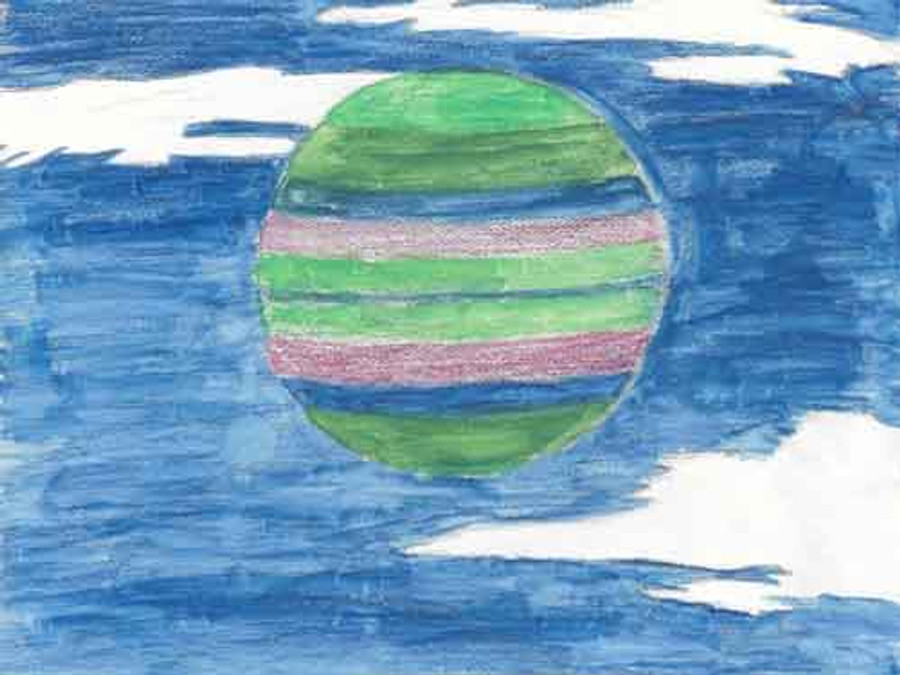 Indications: For graceful expansion of energy, with perimeters stretching to hold the fullness.

Aztec sacred oral teachings explain that when this happens it puts great pressure on the Earth and her inhabitants and we go into a cycle of natural cataclysms ~ volcanoes, earthquakes, floods, and personal upheaval. A man’s life is counted in cycles of 13, with 13, 26, 39, and 52 being years of initiation. One could expect to live through four Jupiter returns. The pyramids were based on this system of 13, with 13 stones on each base side and 52 completing a normal generation. Each generation was expected to build its own pyramid on top of the last generation’s..... thus the pyramid grew.

Whenever there is an expansion, there is an increased awareness of the tension at the circumference or the energy that is holding the matrix. Today Jupiter is “at opposition,” which means it is opposite the Sun in the sky. It also means Jupiter is as close to the Earth as it can get.

Jupiter bows low to the Earth this night to give us the gift of expansion.....to offer us a role model for growth and fullness. The amazing size of this planet offers the power of mass and an awesome ability to hold together its cumulative mass through its many periods of expansion.

The Jupiter essence, then, serves as a support to those who are involved in projects of expansion and growth, as it holds an archetype for greatness. Jupiter is both male and female in its energy, and that has allowed it to grow to its now present size. The expansive energy of the male pushes out while the containing energy of the female holds the surface tension or embodiment. The gift Jupiter teaches is all about expansion and tension. In order for any expansion,

there must be a relaxation of the previous container. If the old mold has not ability to stretch and gracefully expand, the added energy and mass will cause explosion, either emotional or physical. But, if there is no surface tension

or the container is old and weak, all the new energy poured into the project, idea, or life change will lose itself in cosmic void.