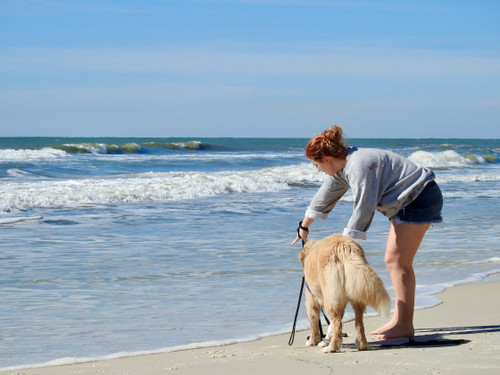 Indications: Meets stubborn self defeating behavior with patience, love and persistence helping you to "move" the "unmovable".

The sea pounds rhythmically, colliding with the rocky shore. Here the ancient forces of the Acadian Mountains and the Atlantic Ocean battle it out. Who is to say which is older or how long the two have joined and parted in the constant crashing of surf and the pull and release of the tide.

Here there is no rest. The sea will not give up. There is no compromise. The wall will not give way. Yet with constancy and conviction the conversation begins, and as it begins, it never ends.
The rock is ever-so-slowly rounded and shaped by the crashing waves. The sea experiences the lessons of limitation, a border of something strong that will stand up to and contain its willful force.

Made along a northshore coast of Maine, at a natural seawall, the essence penetrates the will forces with the consistency of the breath, the in and the out, the back and forth, the unending pursuit of the waves that break down the stubborn rock within, the fixed ideas, the hardened feelings or repetitive actions that have set you in your ways.

It is good to have convictions. It is right to take a stance. We get confused when we have stopped listening to the other side, to the sea that pounds against us or the wall that tries to contain our relentlessness, when you stand on a conviction that no longer makes sense, a way of doing something that will not let any other perspective in.

The seawall essence confronts yur stubbornness with a simple question, and that question is: Why? Why are you fighting so hard at a battle that you will never win? Why are you so stuck in a place that offers you next to nothing? Is it really that impossible for you to give way? What is it that you are so very afraid of?

It is here that you must learn to breathe, to let the new air expand within you with its grace, to let the new idea round out your consciousness. It is the limitless air that allows you to expand from your tiny point of reference, your little limited space in time, to a place of listening, a place of cosmic consciousness where possibilities are possible. And, as the air expands your lungs, your lungs must release it out again and with it whatever no longer serves old beliefs or positions that you have held pointlessly on to.

Usually you form your opinions because, at the time, they were valid and the right things to do. But, just because a thought or way of acting was appropriate once, it is not necessarily always so. Being stuck in the past, stubborn or fearful of the loss of control intrinsic in change, you can feel caught between the raging ocean of your emotions and the rock wall of your own limiting fear.
The Seawall essence helps you to simply learn to step out of the fray, to get out of your own way, to let go, to listen and to learn. And in doing this, you can experience the true Holy Grail ~
an inner spaciousness that allows you the room to move.

The statements made regarding these products have not been evaluated by Food and Drug Administration. Theses products are not intended to diagnose, treat, cure or prevent any disease. All information presented here is not meant as a substitute for or alternative to information from healthcare practitioners.