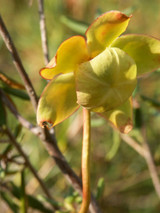 Indications: Helps you to regain your inner animal nature and foster a stronger sense life. 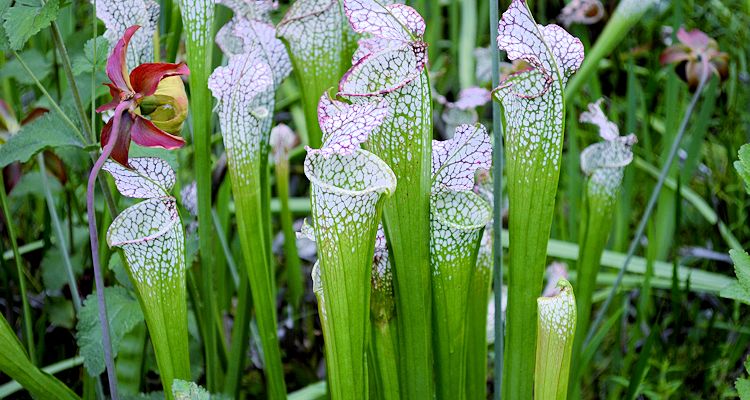 Some folks are very much in their animal nature physical bodies and you can meet up with them at a local hockey game. While others live a little elusively, often quiet with an ethereal quality that makes the very physical Earth a hard place to be.

Pitcher plant is one of only a few plants that are carnivorous. She collects water in her pitcher and then lures bugs in with the promise of enticing nectar. When they succumb to the invitation they find themselves caught in a sticky hairy trap where they will be digested into amino acids and other nutrients from which the plant will thrive. She prefers to grow in wetlands with her feet in the water growing in soil too mineral poor for other plants to survive. 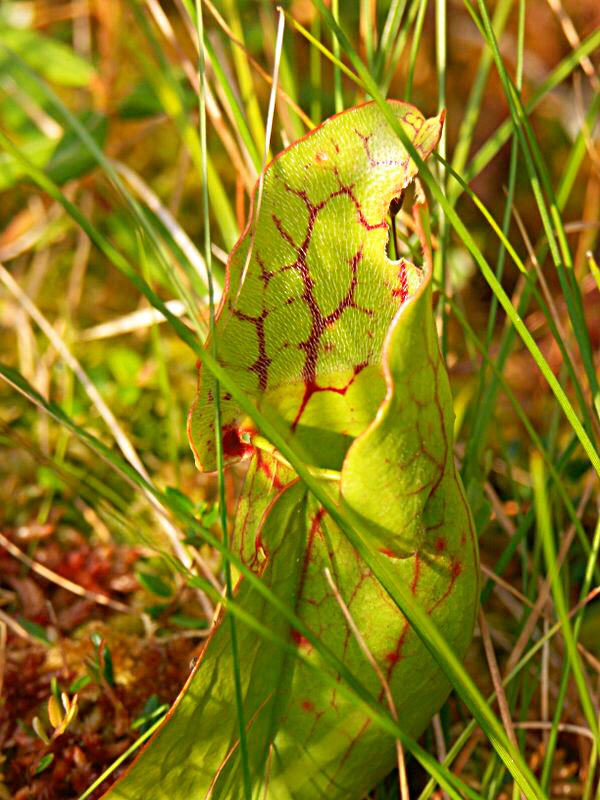 If this idea of an insect eating Jezebel seems disgusting to you, you probably will benefit from her essence as this essence suits a “I can't eat the fish now that I've seen you gut it” individual who may also struggle with body shame or simply be too embarrassed to talk with others about personal matters.

Pitcher Plants not only grow, but thrive in soil that is too poor for other plants, they have learned to embrace an animal like quality of eating meat to stay strong in an inhospitable environment and they do so with creativity and unique beauty. This then is an excellent flower essence choice to encourage the healthy instinctual drive of a hardy human moving you out of the mind or dreamy Spiritual world and into your sacred “sense” body in appropriate ways. Heightened awareness to bodily sensations of hunger, pleasure or more sexual energies may become stronger as feelings becomes clearer and more balanced in the base and sacral chakras. 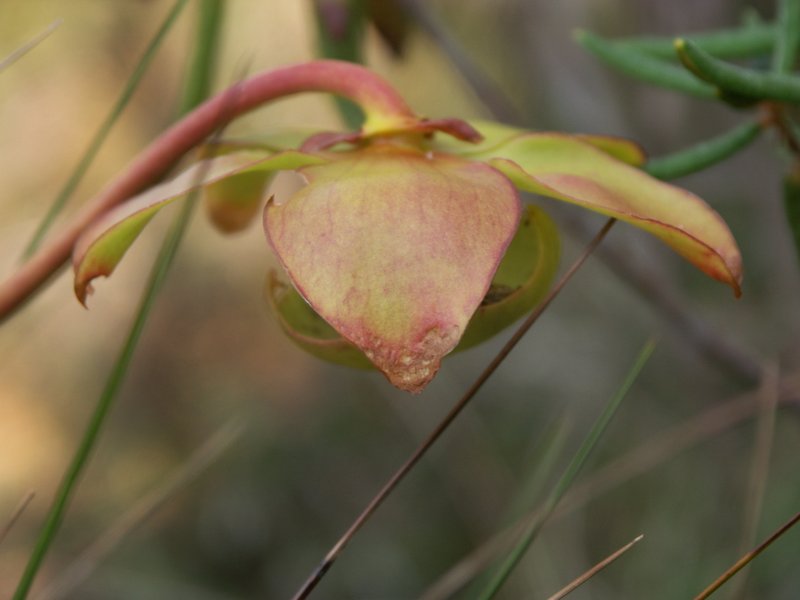 Foraging, flying or crawling insects such as flies are attracted to the cavity formed by the cupped leaf, often by her colorful visual lures, and nectar bribes. The rim of the pitcher is slippery, when moistened by condensation or nectar, causing insects to fall into the trap. Pitcher plants may also contain waxy scales, protruding aldehyde crystals, cuticular folds, inward and downward pointing hairs, or guard-cell-originating lunate cells on the inside of the pitcher to ensure that insects cannot climb out. The small bodies of liquid contained within the pitcher traps are called phytotelmata. They drown the insect, and the body of it is gradually dissolved. This may occur by bacterial action (the bacteria being washed into the pitcher by rainfall) or by enzymes secreted by the plant itself. Furthermore, some pitcher plants contain mutualistic insect larvae, which feed on trapped prey, and whose excreta the plant absorbs. Whatever the mechanism of digestion, the prey items are converted into a solution of amino acids, peptides, phosphates, ammonium and urea, from which the plant obtains its mineral nutrition (particularly nitrogen and phosphorus).